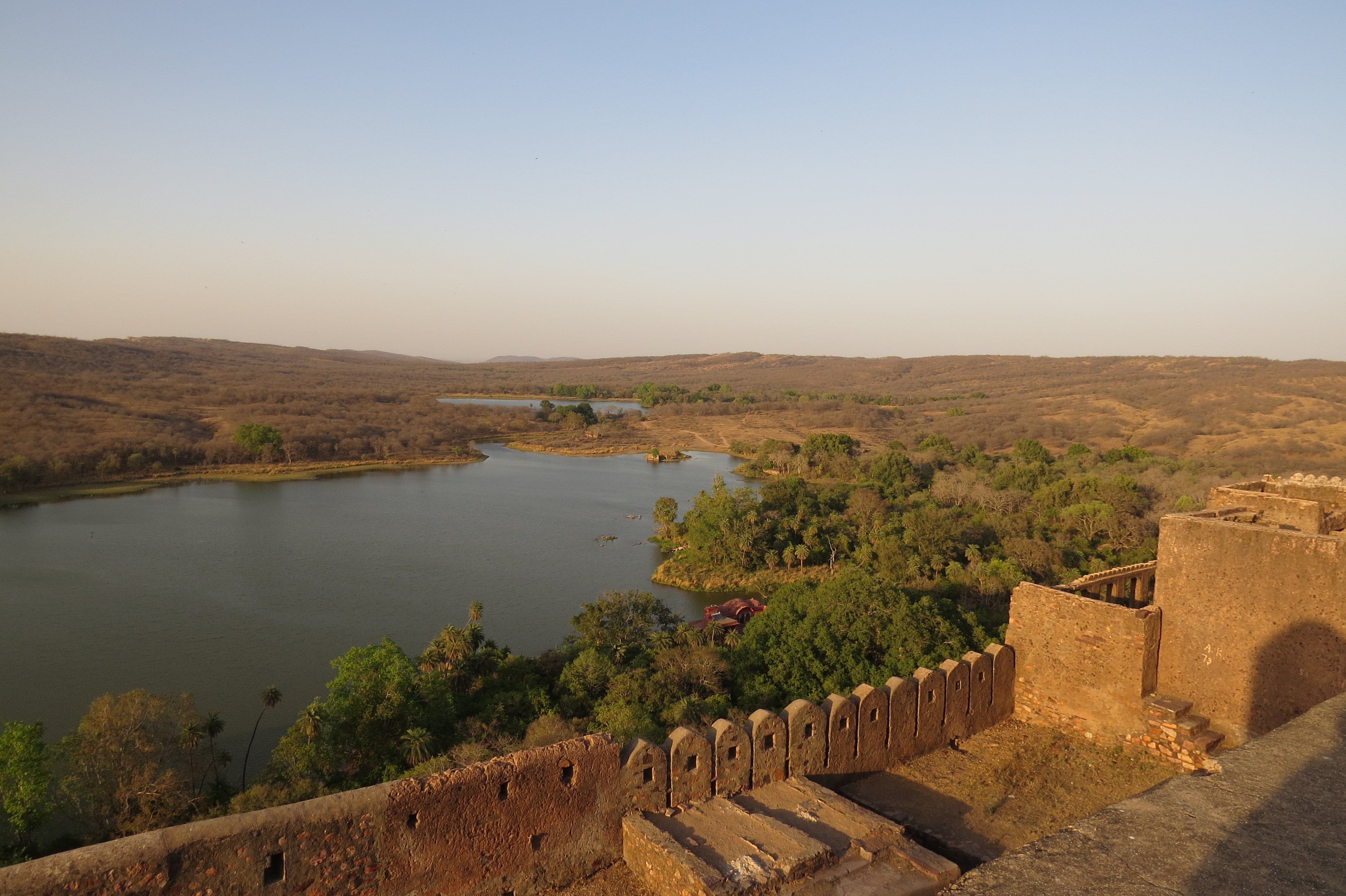 A view from the magnificent Ranthambhore Fort

Area: Total area of the National park is about 282 sq km. 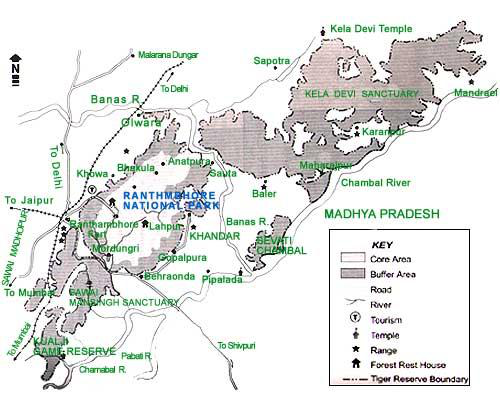 The Ranthambore Tiger Reserve, with its sub-tropical dry climate, has three very well defined seasons - summer, winter, and monsoon. Winter generally starts from November and lasts till February. Summers start during the end of March and last through the months of April, May and June. During this season the days are very hot and dry. During May and June the maximum day temperature can cross 40 degree Celsius. During the day, hot and dry winds blow. Further, the maximum day temperature often crosses 45 degrees Celsius in May and June, when the relative humidity is at its lowest. The monsoons or the rainy season lasts from July to September. This season is warm and humid, with one or two short thundershowers a week. The average annual rainfall is 800 mm and there is an average of 38 rainy days per year. The night temperature stays below 10 degrees Celsius, while the day temperature remains around 20 degree Celsius mark during the winter season.

Due to the severe exploitation of the forest areas in India, the forest conservation policies were badly needed in the country by the mid twentieth century. Thus, in 1953, the Rajasthan Forest Act came into force to provide some legal protection to the forests in Rajasthan. Though it was not enough to completely safeguard the forest cover, it has slowed down the exploitation a little bit. In 1955, the entire forest cover around Ranthambore was declared as the Sawai Madhopur Sanctuary and thus, any kind of commercial activity in the forest was completely prohibited. However, the count of tigers in the forests was diminishing and this wild predator came on the verge of extinction in the country. So, a tiger conservation program, Project Tiger was instigated in 1973 by the government of India. An area of 60 sq miles of Sawai Madhopur Sanctuary was taken under the project Tiger Scheme and the area was declared as a Tiger reserve area. By 1980, more than 12 villages were shifted out of the sanctuary and an area of around 282.03 sq km was declared as the national park. Since then, the area the of the tiger reserve and the national park increased over the time, by including the adjacent forest areas in the protected zone. In 1983, 647 sq km of forest that was lying adjacent to the north side of the Ranthambore National Park was named as the Kela Devi Sanctuary and included in the tiger reserve zone. In the same way, 130 sq km of forest lying beside the southern periphery of the park was declared as the Sawai Mansingh Sanctuary in 1984 and also incorporated into the Ranthambore tiger reserve. Due to these tiger conservation efforts, the count of tigers has surged tremendously after 1973 since the project tiger was initiated. According to the latest census in 2014, the count of tigers reached around 64 in the Ranthambore tiger reserve. A Safari through the Ranthambore National Park is considered best in the world to view wild tigers in their natural habitat.

View of the formidable Ranthambhore fort

Dense tropical dry forest, open bushland and rocky terrain interspersed with lakes and streams. That's Ranthambore for you! Classified under the ecoregion of Kathiawar-Gir dry deciduous forests, Ranthambore is a majestic and magnificent wildlife ecosystem. The dominant tree species of all the vegetation of the Ranthambore National Park is the 'Dhok', also known by the biological name of Anogeissus pendula. This tropical tree constitutes more than three-fourth of the vegetation of this national forest. This tree has a height of up to 15 meters and its shrubs and fruits constitute major foods for animals such as Deer, Antelope and the Nilgai. 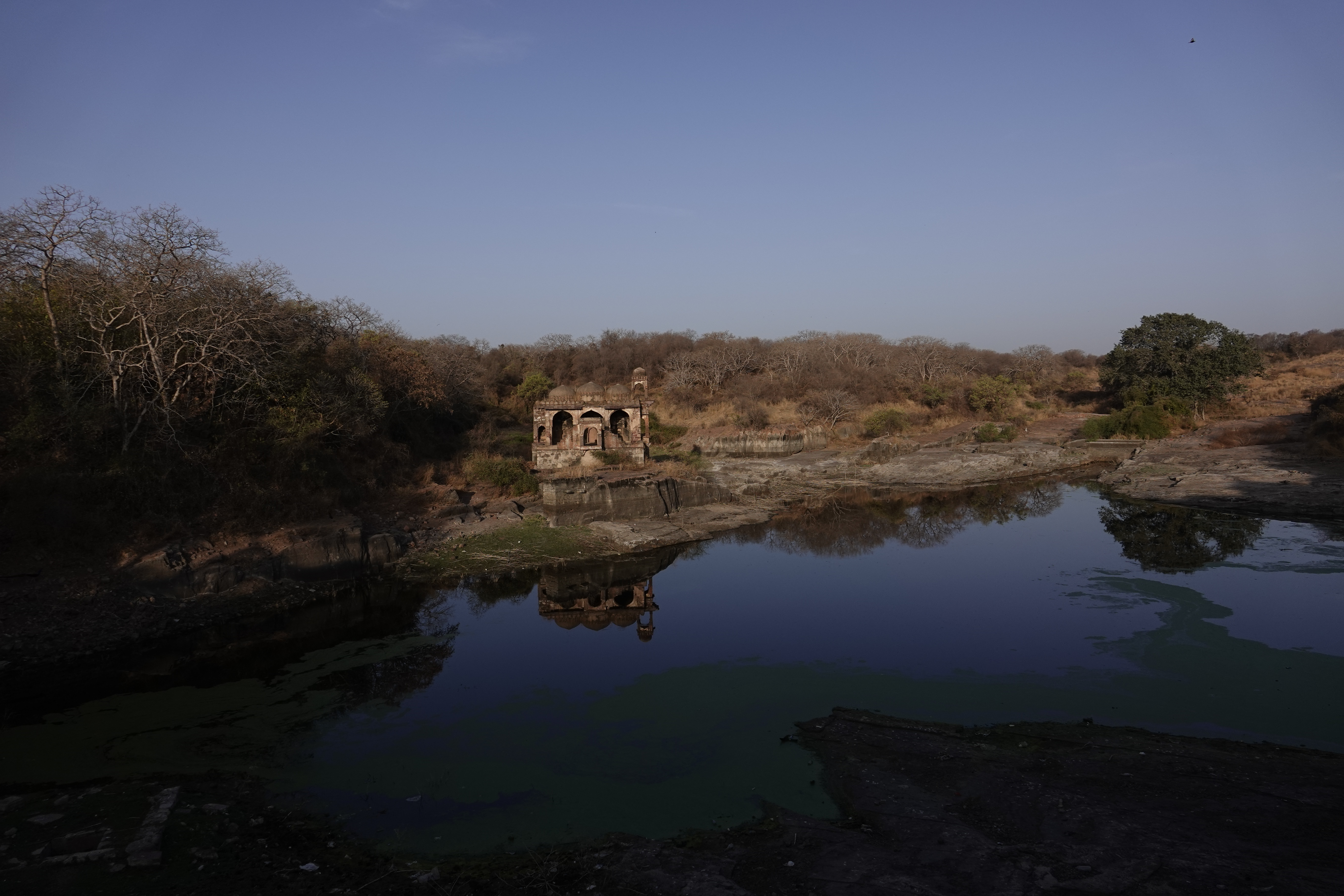 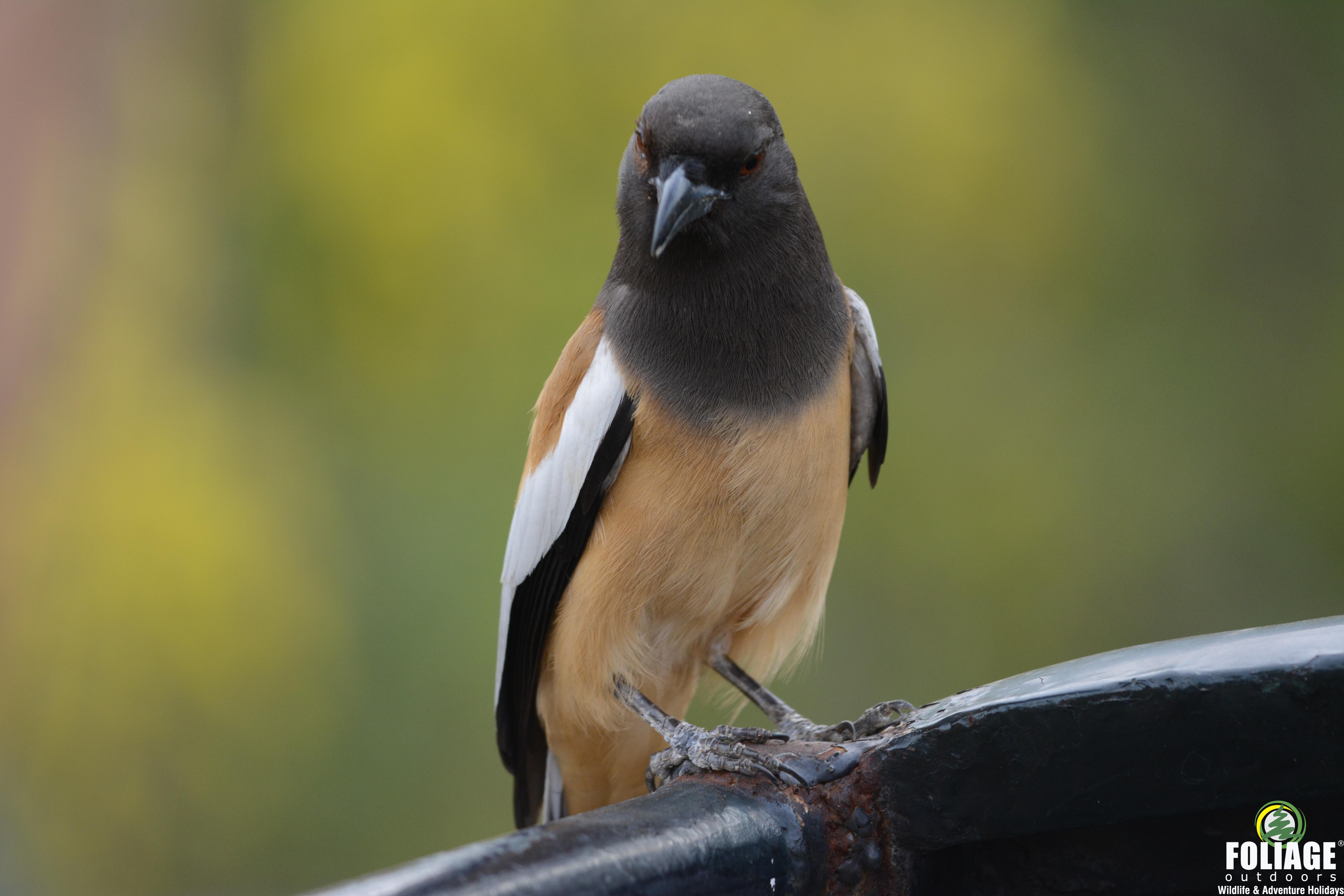 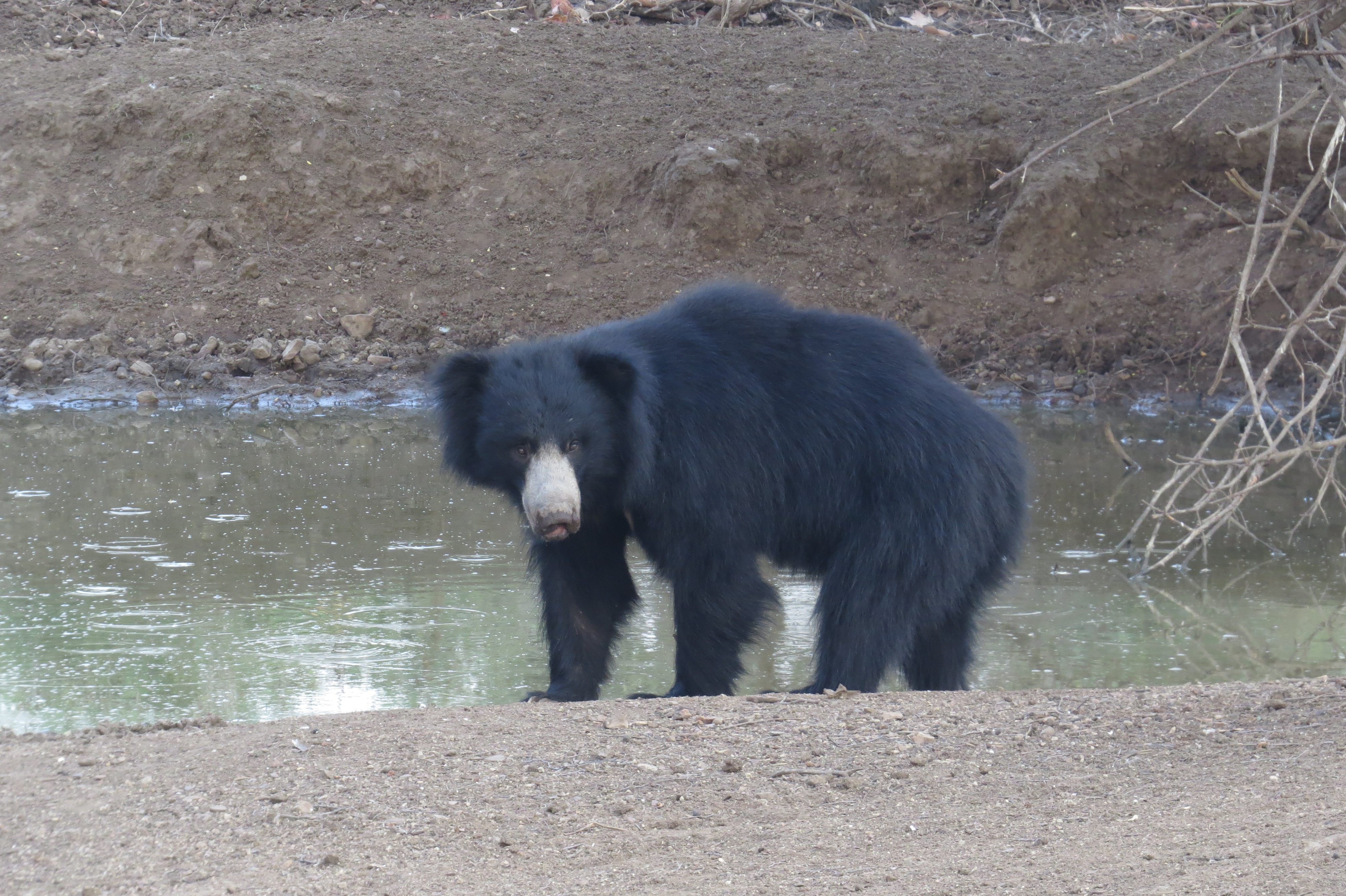 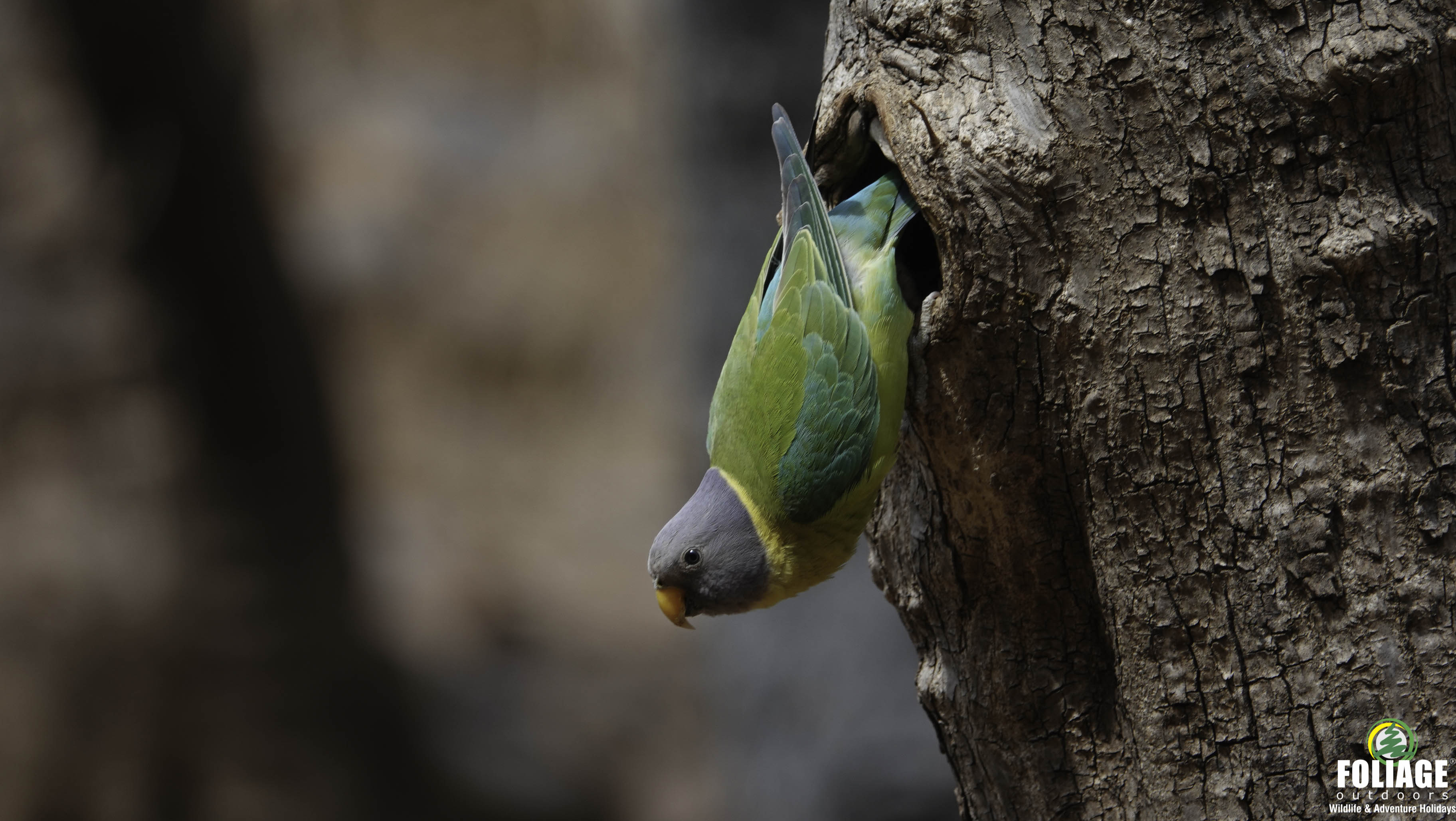 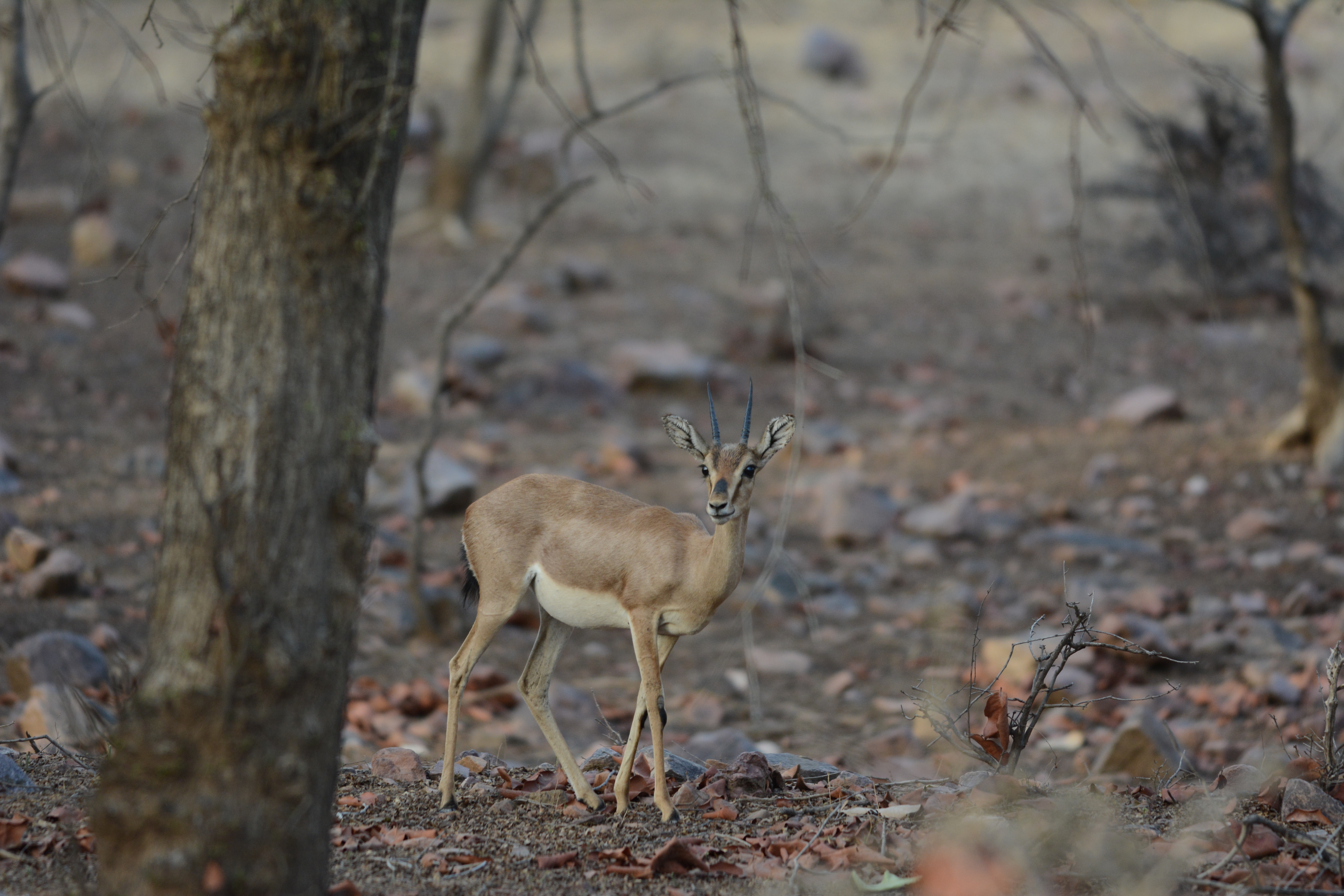