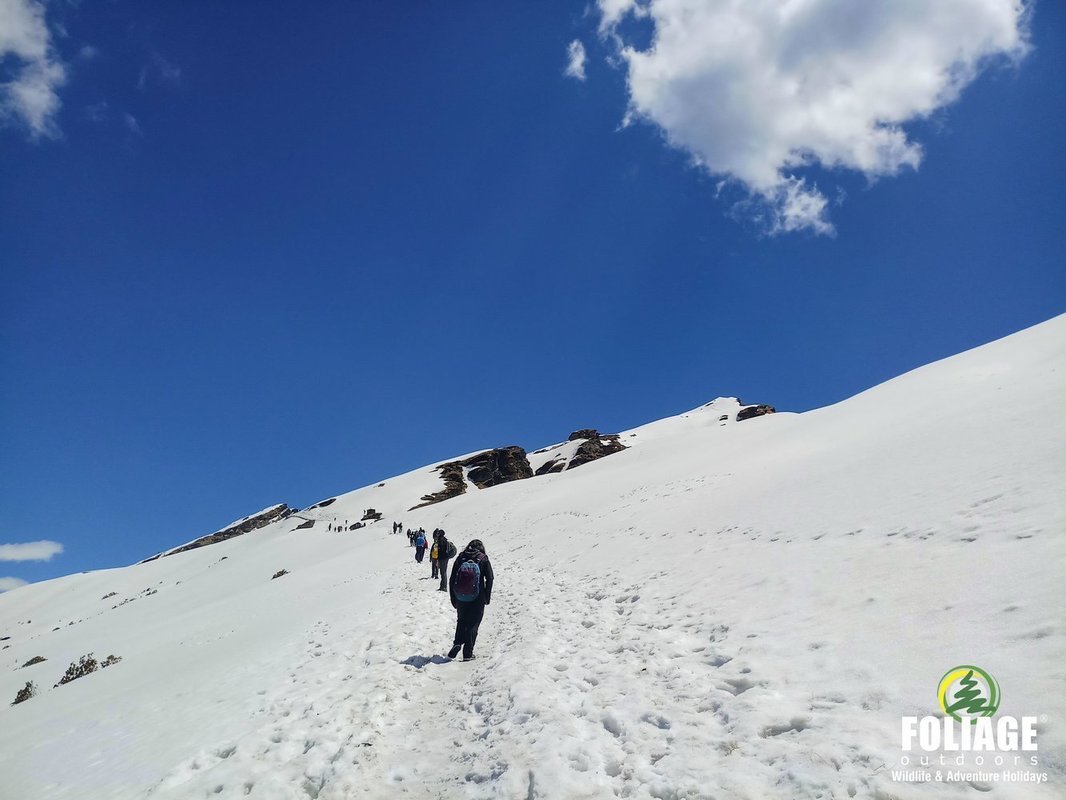 Jayalgarh - April and May is quite hot at Jayalgarh. Temperature touching + 30 °C during the day time where evening get pleasant due to campsite location beside Alaknanda river.

About the places:
Chopta - This place is popularly known as 'Mini Switzerland'. It is a small region of meadows and evergreen forest area which is a part of Kedarnath wildlife sanctuary located in Uttarakhand state. Chopta is an unspoiled natural destination lying in the lap of the Uttarakhand Himalayas and offers views of the imposing Himalayan range including Trishul, Nanda Devi and Chaukhamba. It is located at an elevation of 2,680 metres (8,790 ft) above sea level. Chopta village is surrounded by forests of pine, deodar and rhododendron and is rich in flora and fauna include rare species of birds and musk deer.

Deoriatal - Deoria Tal is a lake about 3 km from the village Sari on the Ukhimath-Chopta road in Uttarakhand. At an altitude of 2,438 meters (7,999 ft), it has heavily wooded, lush green surroundings with snow-covered mountains in the backdrop. The lake is known for its wide 300° panorama. Mountains like Chaukhamba, Nilkantha, Bandarpunch, Kedar Range, and Kalanag can be viewed from here.

Chandrashila Peak - It is located at a height of about 4,000 metres (13,000 ft) above sea level. Chandrashila treks are one of the most popular treks among Indian trekking enthusiasts. The trek to the peak is 5 km. The trek route that starts from Chopta takes one to Tungnath (highest Shiva temple in the World), from here it is a kilometer long, and a steep trek. Though shorter in distance, steep climbing makes this trek rigorous.

Tungnath Temple - Tungnath is one of the highest Shiva temples in the world and is the highest of the five Panch Kedar temples located in the mountain range of Tunganath in Rudraprayag district, in the Indian state of Uttarakhand. It is located at an altitude of 3,680 m (12,073 ft), and just below the peak of Chandrashila.

Jayalgarh - It's a small village in Tehri Garhwal district, Uttarakhnad situated on the bank of Alaknanda river.

Geography:
Nanda Devi - Nanda Devi is the second highest mountain in India, and the highest located entirely within the country. (Kangchenjunga, which is higher, is on the border of India and Nepal.) It is the 23rd-highest peak in the world.

Devprayag - Devprayag is a one of the Panch Prayag (five confluences) of Alaknanda River where Alaknanda and Bhagirathi rivers meet and take the name Ganga.

Rudraprayag - Rudraprayag is a one of the Panch Prayag (five confluences) of Alaknanda River, the point of confluence of rivers Alaknanda and Mandakini.

Ukhimath - Ukhimath is a small town and a Hindu pilgrimage site in Rudraprayag district, Uttarakhand, India. It is situated at an elevation of 1311 meters and at a distance of 41 km from Rudraprayag. During the winters, the idols from Kedarnath temple, and Madhyamaheshwar are brought to Ukhimath and worshipped here for six months.

Kedarnath Temple - Kedarnath Temple is a Hindu temple (shrine) dedicated to Lord Shiva. Located on the Garhwal Himalayan range near the Mandakini river, Kedarnath is located in the state of Uttarakhand, India.

Auli - Auli in the Indian state of Uttarakhand is renowned for the fascinating ski resorts and stunning natural vistas.

Treks that you can do which are around this place 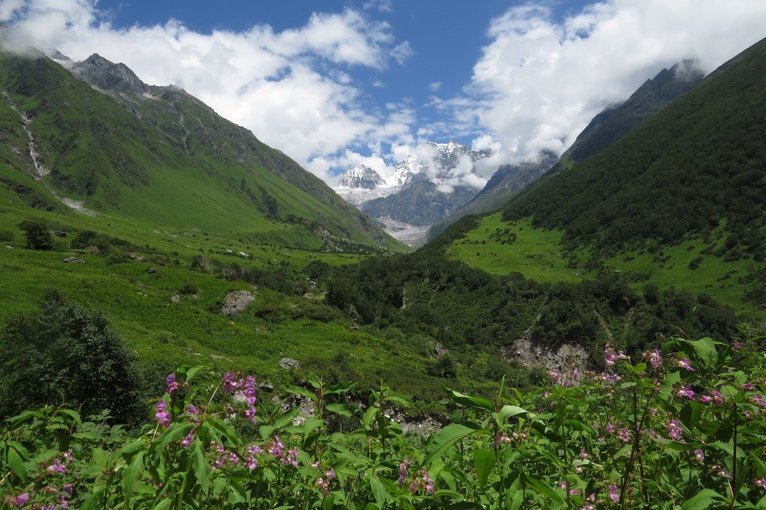 Valley of Flowers Trek
₹ 35,400
GROUPOF4AA
7 Nights 8 Days
19 Jul, 26 Jul, 02 Aug, and more
Valley of Flowers Trek
₹ 35,400
Recommended for Age Group of 10 - 60 years with considerable fitness !! Considered by many as one of the most beautiful places in India, the Valley of Flowers tucked into the hills of the Garhwal Himalayas is a nature lover's dream come true. During the months of July and August, innumerable flowers of various shapes, sizes and hues adorn the valley creating a veritable multi-colored carpet. The valley is home to over 300 Colorful species including Morinas, Himalayan Blue Poppy, Brahma Kamal, Potentilla, Aster, Lilies etc. British mountaineer Frank Smythe stumbled upon the Valley of Flowers in 1931. ‘In all my mountain wandering,’ he wrote, ‘I have not seen a more beautiful valley where the human spirit may find repose'. It’s in the core zone of Nanda Devi Biosphere Reserve. A colossal expanse of 87.5 sq kms and myriad alpine flowers makes this place a colorful paradise. Perched at an altitude of 12070 feet above sea level, Bhyundar Valley is the home to this surreal place. It is also a UNESCO World Heritage Site. The Valley of Flowers trek comes to a perfect finish with a visit to Hemkund. Well thought out itinerary, accommodation in best available hotels / Guest House, chartered vehicle/s for the entire tour ensure you a memorable experience. read more read less
View Details 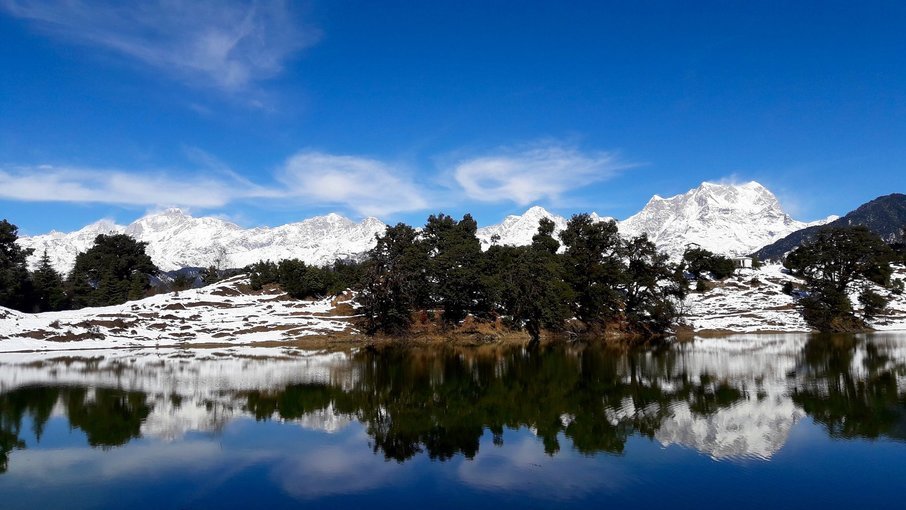 Garhwal Leisure Trek
₹ 35,300
GROUPOF4AA
6 Nights 7 Days
05 Apr, 26 Apr, 03 May, and more
For All Ages
Garhwal Leisure Trek
₹ 35,300
Recommended for “All Age Group" (8 Years &amp; Above) This Summer beat the heat in the Mighty Himalayas with Foliage Outdoors.This is a trek designed for beginners and travellers who have no prior experience of trekking. Even children, as less as of 8 years, could be a party to this wonderful holiday. It is a trek that offers you some great views of the Himalayan ranges,comfortable stay at some of the most picturesque locations, delicious food and never ending dose of fun, laughter and conversations. Do note that we stay all 6 nights in the comforts of a Room in a Resort in the most scenic locations in Himalayas. SAVE MORE! Book early to get the best airline fares. Avoid the summer rush prices! read more read less
View Details 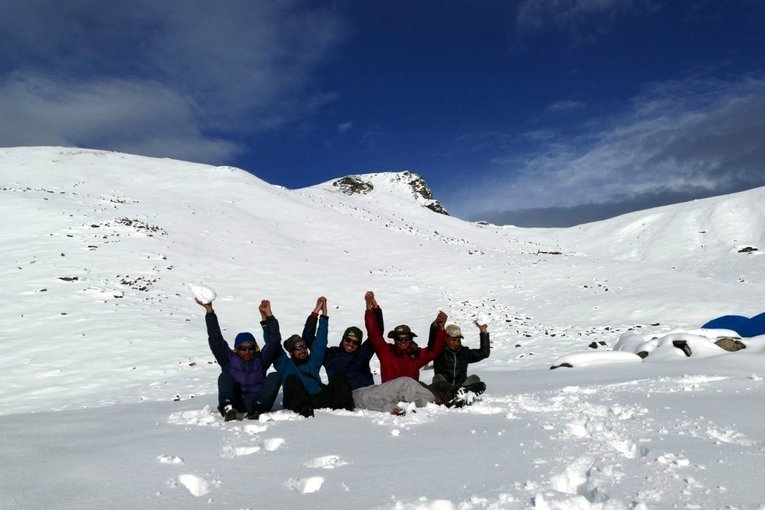 Snow Trek - Auli
₹ 22,400
6 Nights 7 Days
Available on request
Snow Trek - Auli
₹ 22,400
Wish to bag an everlasting experience being in snow but avoiding it because of the long duration of the trek, long exhausting walks or tenting out in glacial nights? Welcome to Auli-Gurson Meadow. A trek that than spans only 4 days in Auli, arguably the Skiing capital of India, coupled with the fact that the stays are going to be in very comfortable lodges, makes it an ideal trek for someone who wants to have a snow-experience but not ready to compromise on urban comforts. While on the trail, witness the majestic views of India’s second highest mountain peak, Mt. Nanda Devi, as well as enjoy your cup of tea at the lodge looking at the mighty Himalayan ranges. This trek is located around Joshimath and Auli in the state of Uttarakhand. The drive from Haridwar to Joshimath is beautiful and runs along the banks of Ganga and Alaknanda.   read more read less
View Details 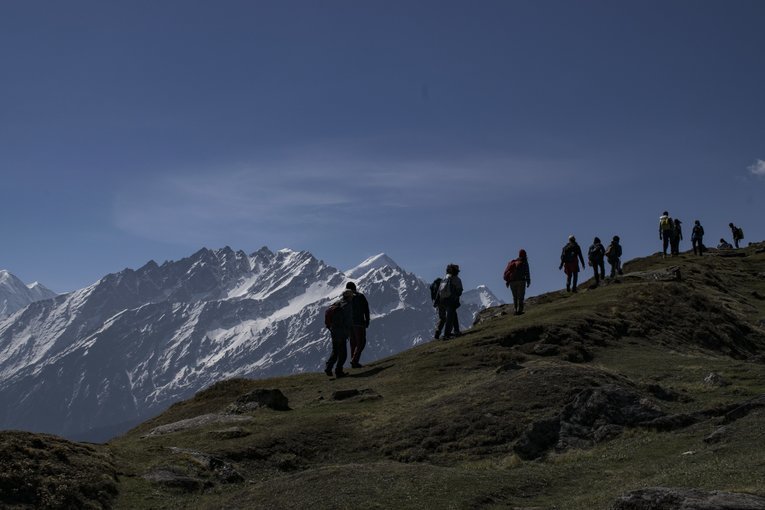 Auli Kuari Pass Trek
₹ 29,100
7 Nights 8 Days
Available on request
For All Ages
Auli Kuari Pass Trek
₹ 29,100
Serving as a getaway to the greater Himalayas, the Auli-Kuari Pass Trek is a very popular trek. Be an eye-witness to the king size views of the snow-clad Himalayas, that features spectacular tracks, this trek provides a unique opportunity to traveler to the inner Himalayan region in a very short duration. During this trek, one gets to walk amidst the lush green meadows with a mix of big and small mountains jutting out. This trail characterizes captivating forest sections and opens up to the awe-striking sunrise and sunset views that are worth dying (and living) for :)  read more read less
View Details
Call Us